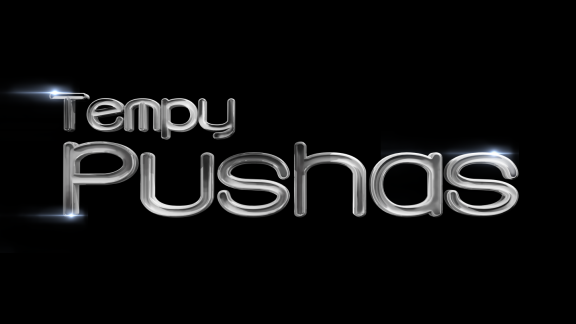 Tempy Pusha - (adj): South African township slang for a go-getter; a hustler who will do what it takes to make it happen.

The close friendship of three orphans’ is tested on their journey to manhood.  Kuti, X and Ngulube are bound by a common dream to make the first South African Superhero film. Kuti is the writer/director, X plays the hero and Ngulube plays the villain. It is a dream that defines them individually and collectively. As the series develops and the movie is put in jeopardy we discover just how deep the dream runs.  It is not just a movie; it is the healing balm to their childhood wound left by the loss of their fourth friend– Mbali. She went missing, during a botched escape attempt from the orphanage. She and Kuti were 12, X was 11 and Ngulube was 14.

Kuti’s sense of loss is compounded by guilt because shortly after her disappearance he is adopted by a white woman, Alexia. He escaped the painful world of the orphanage and moved to the suburbs where he is doted on by ‘a mom’. He feels guilty about being the ‘chosen one’ and even more guilty about ‘abandoning’ his friends during such a painful time. Kuti spends his time atoning for being the chosen one, and through his determination to make the movie with his friends, is drawn into the fashion world. He meets Tshidi Bogatsu who agrees to pay for his movie if he produces a fashion film for her.  As the story unfolds, Kuti  begins to realise that fashion is an expression of art, culture and politics. He discovers that fashion is in his blood when Tshidi Bogatsu reveals that she is his mother.

Ngulube appears to be the hardest hit by Mbali’s disappearance, he blames himself.  After Mbali’s disappearance he tried to hang himself and when that failed, the only thing that soothed his depression was the superhero, Batman. It is his love of Batman that inspires the friends to make their own superhero movie.  As an adult Ngulube is still driven to find Mbali, a drive that becomes an obsession with a model called Dineo, who looks like a grown- up Mbali. In his quest to be with Dineo, he makes some very bad decisions that may cost him his friendships and his life.

X’s response to Mbali’s disappearance is much more subtle, he appears bulletproof. He is completely self-obsessed and fanatically chases his dream to become a famous actor and model.  When Ngulube almost dies in prison, X re-evaluates his priorities and learns to become a real friend.  In the end X finally finds the courage to come clean and reveals his terrible secret. He was the one who left Mbali, not Ngulube. His guilt, like Ngulube, sees him make some bad decisions.

Will the young men work through their loss and achieve their dreams?