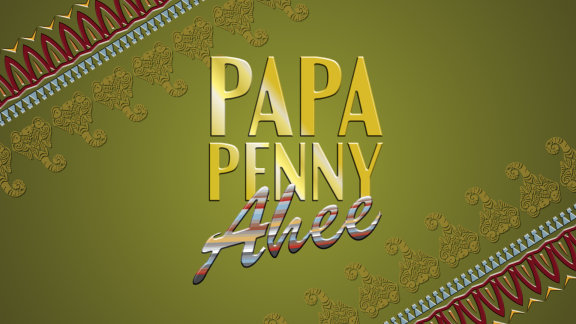 Papa Penny Ahee! a scripted reality series that takes Mzansi behind the scenes and into the fabulous life of the flamboyant pop star, Penny Penny.

This fly-on-the-wall reality series celebrates one of South Africa’s influential musical icons as he faces the unique challenges of balancing family life with his notorious super star antics. His primary world, Giyani, Limpopo, sets the contrasting backdrop for Penny Penny’s ‘blinged-out’, pop star life and the donkey- speckled roadsides, both of which provide us with the textures of this roller-coaster reality series.

Papa Penny Ahee! Provides a glimpse into the fascinating life of a Shangaan pop star and father of 18 children. How does he juggle life as a star and being a father to 18 kids? What is his relationship with the mothers of his children? What is next in his legacy of music releases as we live in the world of iTunes, social media and weekend turn-ups?

Papa Penny Ahee! a reality series that centres on the over-the-top drama and craziness of being a family man and a super star.